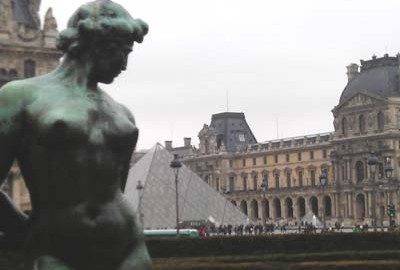 We’re all feeling better so as promised, here’s the continuation of our Paris Journal Update (Week 2), a quick run down of our second week in Paris:

Saturday, February 23rd
Finally a little chance to rest!  We met with some friends we met at the conference and had the best Vietnamese food in the oldest building in Paris!  They only served 2 dishes (Beef Pho and Beef Bun)  Both were amazing!  And I was able to go blues dancing at a little cafe and met a lovely group of people starting up a new event!

Sunday, February 24th
It snowed and was very cold!  We went walking around the street markets but didn’t find anything interesting.  Then we took it easy, had dinner in and got some more much needed rest.

Monday, February 25th
Snowed again with some rain mixed in.  (Thank goodness we brought an umbrella!) Generally cold and slightly miserable but we were out and about.   We went shopping for souvenirs and looked up 2 of the addresses that Liu Jipiao lived at during his time in Paris.  You can read about the first address on Rue de Regnard on my mom’s blog “My Father’s Paris Home”  (quite the adventure!)  The second address was on Rue de Seine and was an old hotel that Picasso stayed at in (1902) and Bodalaire (1854-1859)  We also got some yummy chocolate from    and according to Dr. Jeff Cody the best apple tarts in the city at Poilane Bakery in the Saint-Germain-des-Prés district.

Tuesday, February 26th
I had my first meeting with Fu Ji who is helping me translate and organize all the photos of the articles and images we took in Lyon!  She is from Hangzhou, doing her undergraduate studies at Smith and her junior abroad in Paris.  She’s been an incredible help and I don’t know what I would have done without her!  Later on that afternoon we traveled to the 14 arrondissement to visit Yann Hedgen and see Zao Wuji’s former Paris studio.  What a treat to be in the actual space he painted!  Yann also had some suggestions about who we can contact about finding more information.  And that evening we had a wonderful Chinese dinner with Xie Lingqiong and her family!  Her son even drew us pictures to take home with us!

Wednesday, February 27th
We had a meeting with Francoise Ged at the Cite de l’architecture et du patrimione.  We also had the pleasure of meeting the curator, Emmanual Breon and Benedicte Mayer.  We had a most eventful lunch and hilarious lunch in which Emmanuel almost didn’t get  his appetizer and when they ran out of what we ordered the arbitrarily brought us Fish n’ Chips instead.

But the most exciting news that came out of the lunch was that we were asked to participate in their upcoming exhibit, “Art Deco style Made in France, the City of Architecture and Heritage”, 16 October 2013-February 2014. 1 place du Trocadéro 75016 Paris.  Liu Jipiao will be titled the “Chinese Art Deco Architect of the Paris Expo 1925 and his renderings will be on display in the section of the exhibit that displays Art Deco around the World.  We will be returning for the opening of the exhibit this fall. Then we received a personal tour of the museum with the curator.  We were even allowed on the roof top with an amazing view of the Eiffel Tower!

To finish the perfect day, we went to eat the “best crepes” in Paris at the Breizh Cafe on Rue Vieille de Temple.

Thursday, February 28th
Matthew and I walked around St. Germaine de Pres area in the morning and then I returned home to work with Fu while Matthew walked 4 miles over to the Musee Cernuschi and back to pick up the Catalog “Artistes chinois a Paris“.  Liu Jipiao’s cover to the Paris Expo Catalog 1925 is published there.  That evening we went to Francoise’s apartment (5 min from us) to have a lovely home cooked meal.

Friday, March 1st
Matthew and I went to the Louvre in the morning and then walked through the Pompidou Center and to the Paris-Beijing Gallery to see an exhibit of Liu Bolin’s work.  He actually paints himself into various backgrounds and places.  Pretty cool!  Mom went off on her own and visited the Musee de l’Orangerie to see the Monets.

Saturday, March 2nd
Matthew and I went to another weekend flea market over by Porte du Vanves.  We were able to pick up some great souvenirs!  Then we got ourselves to Gare de Nord train station and took the train about an hour outside the city to Persan, to visit Helene and her mother at their home.  Helene took us to the neighboring town of Auvers-sur-Oise, the final living and resting place of Vincent van Gogh.  We visited his last place of residence, sights of his paintings and his grave where he is buried with his beloved brother.

Sunday, March 3rd
First day of sun and some warmth!  Woo hoo!  Matthew and I walked over to the Seine and headed towards Musee D’Orsay but it was too crowded so we watched the crowds over at the Tuilleries and sat in the sun.  We met Mom later that afternoon and headed out to Chez Shen’s for some authentic Chinese food in Chinatown.

Monday, March 4th
Bid a sad adieu to Paris until this Autumn and took a taxi to the airport for an 11 hour flight back to Los Angeles!  Poor Matthew was running a fever by the time the plane took off.  Mom and I were later to catch whatever he had 2 days later.  We are still recovering but back in one piece and looking forward to whatever the next round of adventures will be 🙂 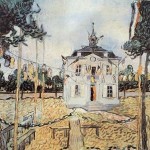 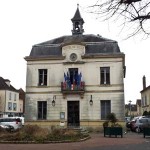 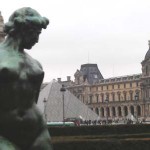 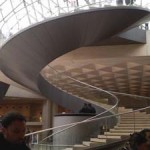 Inside the Louvre Atrium 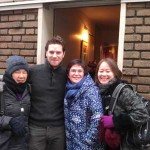 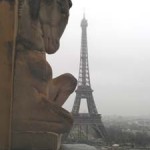 Eiffel Tower from Rooftop of the Cite de l’architecture 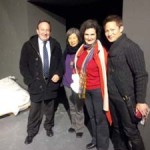 Emmanuel, Gayook, Francoise and Matthew at the Cite de l’architecture 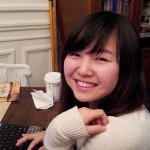 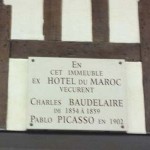 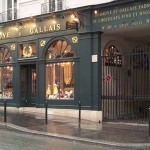 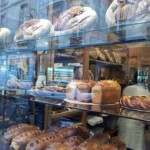 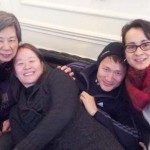 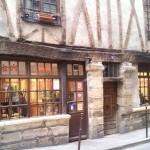