In About Liu
Design
Paris 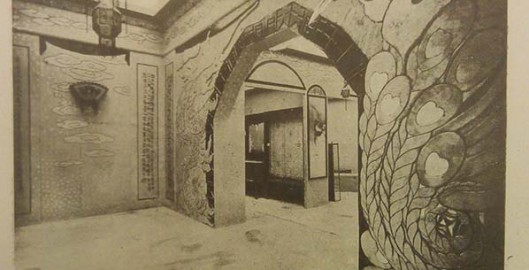 So my family and I are Paris bound! I can’t believe that by the time you read this, we will be there.

When we started researching Gong’s work (I call him Gong gong meaning “mother’s father”) we thought that eventually we should travel to Paris to research his life there, follow in his footsteps.  We didn’t think it would be so soon.

About a year ago Professor Nancy Steinhardt of UPenn referred me to her co-editor Dr. Jeff Cody, Senior Project Specialist at the Getty Museum, Los Angeles. They had collaborated on Chinese Architecture and the Beaux-Arts.  Dr. Cody met us at the Getty Institute and there we were able to view “Exposition Internationale Des Arts Decoratifs Et Industriels Modernes A Paris 1925″ cover and interior display rooms designed by Liu.

This was the first piece of work we had ever seen by my grandfather that pre-dated his time in America.  In the catalog was a glowing review of Liu Jipiao and his contributions to the art world.

“Coming  from a lustrous family,  M. Liou Tepeou is one of our most remarkable painters. In love and devoted to beauty and nature, mainly plastic art, he knows how to put infinitely gracious  forms on his canvas with a prodigious virtuosity and an ingenious softness.  His masterpiece << Danseuse du Palais Imperial >> is a big painting  executed  with a seducing  elegance and an admirable firmness. His danseuses in silk dress, diaphanous and floating, danced the Chinese minuet with elation to the sound of the melodious jade flute.; proud peacocks stared at them while they were swirling…  It’s a magnificent image of the past. The artist  kept the serenity of his spirit and his joy of living untouched. With these grandiose memories, we feel admiration mixed with a little bit of nostalgia.

M. Liou is one of those rare spirits invulnerable to the real vulgar life, and similar to the immaculate white lilies on the pond. That’s why  his paintings have the whiteness of a lotus and his beautifully decorated vases are truly small masterpieces. What a difference between him and the old artist. His execution method, modeling, colors and  style,

makes him a true modern artist. M. Liou is decidedly a big decorator, an admirable colorist with a vigorous talent and softness, an original artist and full of promises. We are expecting from him the next Oriental Raphael. He even excels in the European way of painting; his oil paintings were very successful during the Exposition of the Chinese modern and ancient  art, which took place last June in Strasbourg.”

~ Ling Wenzheng, President of the Association of Chinese Artists in Europe 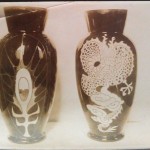 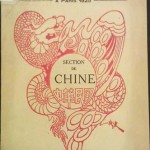 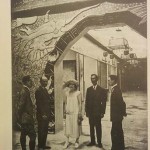 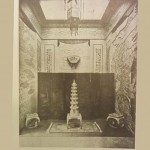 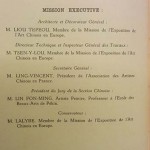 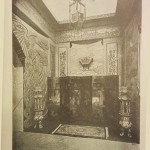 In the Autumn of 2012 Dr. Cody was asked to present in Paris at the INHA (Intstitut National d’Histoire de l’Art) Conference, “Architectural Exchange -Asia and Europe- 1550-1950” that was to take place February 21 & 22, 2013.  He wanted to speak on Liu and his life.  We immediately decided to attend the conference, perhaps stay a while longer to research.

Since then we’ve been in contact with so many wonderful people and found more of Liu’s work!  We are visiting the curator of the Museum Cernuschi that recently held an exhibit of Lin Fengmian’s work.  (classmate, colleague and good friend of Liu’s)  We are meeting with several scholars of China’s Republican Period and taking a day trip to the  Lyon Sino-French Institute Library.  We are also looking forward to meeting other scholars from the conference and share information.

We will keep you updated on our progress and I promise to take lots and lots of photos!  I’m horrible about that and I’ve been reminded by several people that I must do better and chronicling our story.  So stay tuned…