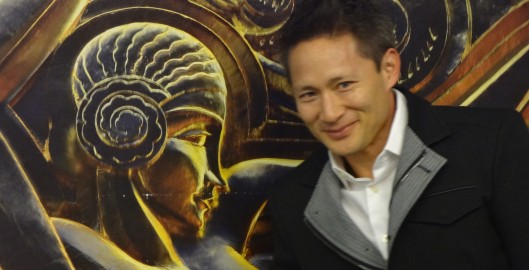 Tuesday, August 25th is my son, Matthew’s, birthday and he will be 46. I was wondering why Jenn asked if I wanted to write a blog for this particular birthday, and what it had to do with my father? Naturally, it is because Matthew became a father on December 28, 2014 to a lovely and lively baby girl, Cayden Elle. She is, without a doubt, the love of his life. And, ours too I might add!

So, what does this have to do with my father? Matthew was my father’s favorite grandchild, a boy in the family to carry on his lineage. Although my sister has a son, she lived on the other side of the United States, so he and my father never really bonded. Whereas, Matthew and his sister, Jenn, spent holidays and vacations with my parents. And, while my father was still distant, I know Matthew was special.

I realized this shortly before my father died. When my father was senile we had gone to visit him in the hospital after he had had another stroke. He was mumbling over and over again, “I’m so sorry, I’m so sorry!” He suddenly and unexpectedly became lucid.  Jenn, Matthew and I were all in the room together,  but the only one he recognized was his grandson. He grabbed Matthew’s hands and looked him straight in the eyes, saying, “You are a good boy. I’m so proud of you. Take care of our family”. He then returned to mumbling. In effect, he was passing his role to Matthew, although I didn’t realize it then, nor did my son.

There are two other events re my father and Matthew that I recall. Both events clearly showed his love for his family, something he didn’t do very often. Both had to do with my giving birth to Matthew.

When Matthew was born 10 days early via Caesarean Section, I was running a high fever the day after I gave birth. My father took one look at me, put his hand on my head and said, “You are running a high fever. Where are the nurses?” I told him they had an emergency, and I had been ringing the bell many times . Other than the time he yelled at the boy who bullied me, I had never seen him so angry. He immediately marched out of my room, and I could hear him yelling at the medical staff, “I don’t care what other emergency you have, my daughter had major surgery yesterday giving birth and she is running a high fever. If someone doesn’t come in and take care of her right now, I will call my attorney”! I guess my father had been in the United States long enough to know how to navigate the system. Several nurses came running into my room, and thanks to my father, I was finally treated.

The other incident was when I first set eyes on Matthew, he was this skinny, scrawny kid, all hands and legs. He looked like a little old man. In my own defense, I was doped up with pain killers and, also, because Jenn was full term when I had an emergency C-section with her, I guess I expected Matthew to come out the same way. When I I told my father my worries, he immediately reassured me, “Trust me, Matthew will be the healthiest in your family, he will also be handsome and smart.” I believed him.

And, his words have proven true. Today,  Matthew is the healthiest in our family. He has inherited the “handsome” genes from both sides of his family and has his own successful business. He now partners with Jenn, both managing and running soccer practices and leagues for younger children in the Los Angeles area.  What makes me most happy and most proud of Matthew is that, with soccer, he has returned to doing something he loves and has excelled in as a child. This is coupled with his previous businesses from which he’s learned to become a successful entrepreneur. Here, he is positively influencing young minds, helping young children learn to interact with each other, coordination, discipline, leadership, while having lots of fun.

I know that Matthew will take these skills of teaching generosity, sharing, and cooperation and apply them to raising Cayden. Right now, both Jenn and Matthew are looking for a way to run their business more efficiently so that she can have more time to pursue her passion, researching my father’s work, and he can have more time and be a hands-on father. As for me, both my children are supporting me emotionally and financially so that I can heal and continue to help others find their way in life. I know that not only would my father be very proud of Matthew’s success as a businessman, but also as a new father.

For our immediate family – Jennifer, Matthew, and me – I feel it is time to walk our own individual paths. And, at the same time, to trust that the years we’ve lived and work together has provided us with a firm foundation to know that we will always be bound together through our lineage and our love for each other.

Again, there is much I owe to my father. And, for Matthew, I hope that you realize the special legacy your grandfather (and grandmother) has passed on to you!