My Return to Paris 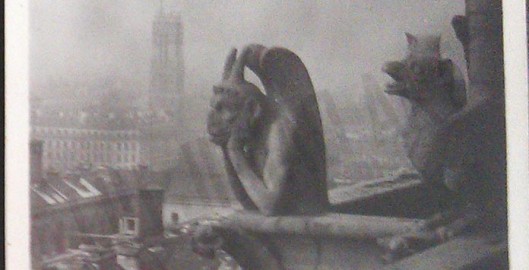 As I get ready to leave for Paris, I am remembering the first time I went. It was in the Fall of 1995, after my first bout with cancer. And, here I am about to go again, shortly after my second bout.  What is it about Paris that is so alive for me, especially after each time I’ve faced a terminal illness?

I’ve always associated Paris with my father, even though the only thing I knew was that he studied architecture and interior design at L’Ecole Nationale des Beaux Arts. I do remember him telling me that the degree he received was equivalent to a Ph.D in the United States. I also recall him telling me that he went through high school a second time there, just so that he could be fluent in French.

Evidently, one had to be fluent in the language to qualify for admission to the prestigious L’Ecole.

The first time I approached the building, I knew it was L’Ecole even before I saw the sign. As  I walked up the stairs into the building, I saw a grand white marble staircase leading to the second story, and the tiled floors in the courtyard.  My father’s spirit surrounded me, as these were the materials that my father loved best in his interior and architectural designs.

And, although I didn’t understand everything that the students were saying, I recognized their intonations as my father’s. Only, I never knew that they were French expressions. It was just the way he talked. As a child, I never stopped to think, “This is the Chinese part of him, this is the French part, or this is the American part.

He was simply my father.

Seeing the materials that he loved best in his work and listening to the melodic French language, I felt connected to him in a way I never did as a child. Totally taken by surprise, I realized that I had roots in France. The interesting thing is that, going back to China, I expected to get in touch with my roots.  In France, I thought I was going on a vacation to see one of the most beautiful cities in the world.

I never expected that it would have such a personal impact for me.

I was given a glimpse of what my father was like as a young man, with his whole life ahead of him.The father I knew was defeated. So much was taken from him, and he never bounced back until the end of his life. After my sister and I left the house after graduating college, he was finally able to return to his first love – art.

This time, as I return to Paris, I know more about his dreams and how he had already started to execute bridging East/West art and architecture as a student in Paris.

In my wildest dreams, I never thought that my children and I would be returning to attend a conference in which a noted art expert will be presenting his work.

I wonder what I will feel this time?