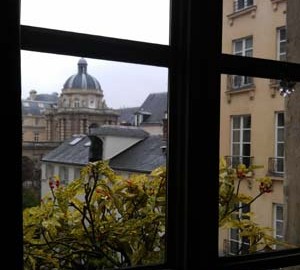 Once again, Paris has been and continues to be, for me, a place where dreams come true, even dreams that I didn’t know I had. Personal and professional, researching my father’s work, meld together in one steady stream of life.

The Monday after the conference, Jenn, Matthew and I walked to my father’s Paris home. We have the address on his School Admissions papers. The first place we found was on Rue de Regnard, right across the street from the Odeon Theatre.

I stood in front of this building, imagining him as a student, entering this place that provided him comfort and rest from his studies. Matthew was taking photos, and Jenn was searching for stores where we could go in to ask about the building.

When, suddenly, I saw a woman about my age, putting down her groceries, rummaging for her keys in her bag. I rush up to speak with her, “Bonjour, Madame. Pardon, parlez-vous Anglais?” (Greetings, Madame. Pardon, to you speak English?) She answers, “Yes”,  detecting  first  her French accent which, to my amazement, suddenly became a New York one. What a coincidence, my first home in the U.S. was NYC, as was my children’s after they graduated from college.

Jenn and Matthew joined us, and we told her why we’re there, looking lost in front of her building, and why we “accosted” her. After a few moments, she rings up her husband to see if he’s up and about, and she invites us upstairs to see the place. This couple has lived there for 18 years. Several hours later, serving us tea and cookies, showing them my father’s work and talking about their life in Paris, we leave, making yet another set of friends in Paris.

I felt dazed with this unexpected event. And, I wondered again about the mysteries of how events coalesce, how they come about, what people are put into place, and for what purpose. Perhaps, I’ll never fully know the answer. But,  for whatever reason, I am truly grateful for this unexpected surprise, and for this couple, complete strangers, receiving us into their home.

I felt as though I were stepping into my father’s shoes, getting a personal sense of what it must have been like for him living in Paris, walking the neighborhood to and from his school, meeting friends at the neighboring cafes to talk away the time.

I imagine a carefree young man growing from adolescence to manhood in an environment so different from the one he knew. I imagine a young man full of enthusiasm, in the center of the literary and artistic movement that was developing in France. I imagine a young man soaking up all these new experiences, brimming with ideas of what he could bring back to China.

Most of all, I imagine his growing love for a foreign country, one that he came to call his own, , that nurtured his soul so that in his very core, he became as much French as he was Chinese. 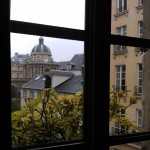 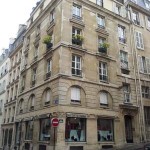 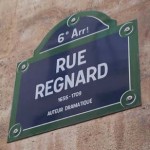