Growing Up With Racism in America 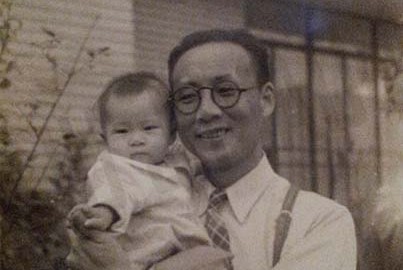 With all the racial violence that has erupted in the country these days, I find myself thinking more and more about growing up   Chinese in America. I learned very early on not to worry my parents about the racial abuse I faced on a daily basis. Somehow, I knew they had enough to deal with just surviving in America. Their lives were so completely different from the luxury and high status they were afforded in China. My father and my mother were always trying to fit in, not make waves. They were so afraid we’d get sent back to China because so many people identified Chinese as Communist during the McCarthy Era. I don’t think my father ever thought he’d have to deal with racism.

My parents always told me to say that I wasn’t Chinese, I was American. I grew up feeling ashamed of being Chinese, yet it was not something I could hide. No matter how American I became in speech, in culture, in mannerisms, my face always betrayed me. As a child, I thought they were ashamed of me. And, when they didn’t defend themselves against racial attacks, it further confirmed the shame I already felt.

As the smallest and only Chinese girl in my neighborhood I dealt a lot with racial bullying. I remember being teased for being Chinese all the time, on the playground, to and from school, when my mother accompanied me and, more so when I traveled alone.  On the playground the teasing would evolve into bullying. I remember being forced to stand in the middle of a circle of white children jabbing and pointing their fingers at me. They’d push me back and forth, mimicking “ching-chong” noises, making their eyes slanty and pushing their noses in while the teachers watched and did nothing.

When my daughter and I were talking about all the emerging racial violence, I remembered this particular incident. A boy came at me, yelling, screaming and spitting. I thought  he was going to hit me. I was already close to home and got into my apartment physically unharmed. My father was home. This was unusual, as he ran a laundry-mat  and my mother was the one usually home.  I was hysterical, but didn’t want to tell him what happened. But, the words came tumbling out. So, my father picked me up and found the boy who was still hanging around. He was much taller and much bigger than me. My father yelled at him never to frighten me again and then we returned home. A few minutes later, the door bell rang. The boy had brought his father to our apartment. Before his father could say a word, my father said, “Look at your boy’s size and my daughter’s” (I was behind his legs shaking uncontrollably). I didn’t touch your boy, like he tried to do to someone so much smaller than him. He ought to be ashamed!”

Thinking back on that incident I am once again reminded of how much my father loved me. As much as he wanted to fit in and not be noticed, he was willing to risk all that to protect me. Of course, I didn’t realize any of that when I was a child. I only hope that wherever he is, he knows I know how much he loved me. And that knowledge has changed the way I feel about life and about myself.