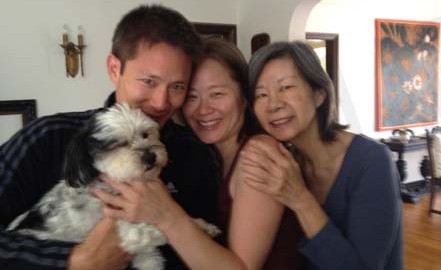 Again, I am in awe at how all events are converging, how each juncture seems to lead us to the next. It is almost like the Hansel and Gretel fairy tale where they dropped bread crumbs so they could find their way back.

Only, we didn’t throw down bread crumbs. It feels more like someone else threw them down. So we’re simply following the bread crumbs. It is only after the event or meeting someone that it makes any sense.

Through lectures or gatherings with friends,  we “happen” to meet someone who leads us to more referrals and finding more publications on my father.  And, so it goes.

We actually started blind, Jenn wanting to discover our heritage through my father’s art. Not knowing where to start, she just “happened” to speak to a group of friends about what she was up to.”Perhaps,” she voiced, ” we could find a student who would be interested in doing a thesis or dissertation on the Beaux Arts period that was spreading throughout Europe in the early 1920’s”.

One friend, an alumna of University of Southern California, sent an email to faculty, staff and other alumnae. What came back was correspondence from the Head of the East Asian Studies Library. He was not only interested in helping us, he told us that my father’s name has appeared in several textbooks and other publications as one of the pioneers who brought western art/architecture back to China.

We were thrown into a whole new world, evidently one that knew about my father and his accomplishments when we had no idea he was so well-known in academic circles. What started as a journey to find our lineage turned into a history lesson dating from 1919 when my father arrived in Paris to 1947 when he feared for his safety and fled from China to the United States.

For those of you who haven’t read our other blogs, Jenn and I describe some of the other steps on our journey. My purpose for this posting is to share my thoughts and comments on what has occurred since our return from Paris.

Matthew flew home with 103 degree fever, coughing and sneezing along with a lot of other people on the 11 hour flight home. A day or so after returning, Jenn and I both came down with a fever, showing the same symptoms. My fever lasted 12 days, the longest probably due to my weakened condition to begin with. It took us almost 3 weeks to recover, and for me, an additional week after that. At this time, all work basically stopped as all we could do was lay in bed and rest.

Once we recovered, in the last two weeks, new contacts suddenly and unexpectedly appeared as well as following up with old ones.

Sunday, March 24th, we attended a lecture by Julia Grimes on  several modern Chinese artists who studied in Paris, the second generation of students after my father’s group.  The lecture was sponsored by the China Society at the Pacific Asia Museum in Pasadena. There, we met one of the board members, Albert Chang, of the China Society who was interested in learning about my father’s work.

On Monday, March 25th, we found out that the Shanghai Museum sent over an exhibit on the Ming Dynasty Taoist paintings to the LA County Museum (LACMA) running through June 2nd. Jenn asked, “Do you think we should get in touch with the China curator there?” That evening, Albert invites us to their dinner/lecture given by Steve Little, China curator at LACMA.

On Tuesday, Dr. Jeff Cody, the art specialist from Getty Research Institute, Los Angeles who presented my father’s paper in Paris, invited us to a barbecue at his home the following Saturday. March 30th. We thought it would be just us, when Jeff informs us that he’s invited 6 other guests. One of the guests is Jeff’s friend from Holland, Philippe Peycam Ph.D, Director of  International Institute for Asian Studies, who was visiting in the U.S. at the time.

A midst a delicious Persian feast prepared by Jeff, we spent most of the evening talking to Philippe who strongly suggested we look for my father’s works in Taiwan. Even though my father never lived or worked there, Philippe told us the Kuomingtang (KMT) under Chiang K’ai Shek packed up a lot of artwork, antiques and documents and shipped them to Taiwan before they escaped. He thought that some of my father’s work could be there.

He referred us to the president of the Chiang Ching Kuo Foundation, a good friend of his, and told us that they could very well be interested in helping us explore my father’s work. During the following week, we saw Philippe several more times, each time with him giving us more referrals, one of which was an introduction to the editor of his agency’s newsletter with a following of 15,000 readers worldwide. He suggested we write an article to get our story out there.

Easter Sunday, March 31st, we attended Miller Fong’s birthday party where Matthew had a chance to speak to Sylvia Young, a friend of Miller and Jetty’s, who is helping us with our Fall trip to Paris, China, and now very possibly, Taiwan. She told us that she knows one of the men in China who helped to transition Hong Kong from British to China rule in 1997 and maybe he can help get us into the National Archives to search my father’s work.

Sylvia Young, Jetty Fong and other guests visiting from Hawaii attended the Steve Little lecture on Monday, April 1st. We introduced Sylvia and Philippe, who exchanged contact information because of their mutual interest in non-profits in Southeast Asia. So, not only are we receiving much needed referrals for our work, we are now at a point where we can help others widen contacts within their field of interest.

I also met a woman there, Louise Su Tang, who has just published a book called, Cantonese Yankee. The book is about her maternal grandfather who, along with 121 other Chinese students, were sent to the U.S. in 1861, to study modern techniques to help modernize China upon their return. I have spoken to her several times to ask questions about her research, her purpose for writing the book, and any feedback on our blogging in case we wanted to write a book at some point.

On the same day, we were notified that we were denied the grant from ACC New York. However, Philippe knows the staff there, and had already alerted us that they had lost a lot of their funding for this year.  But we are still applying for funding as our search for more information about Liu continues.

Saturday, April 6th, my children and dear friends, Eddie and Natasha Perez, hosted my 70th birthday celebration at their home. Again, it was a time to celebrate this milestone birthday, but also to connect people who could possibly help each other, or at the very least broaden their circle of friends.

Monday, April 8th, Sylvia, Jetty and Miller Fong came to our place to discuss more specifically how we can work together to locate my father’s work in China and Taiwan so that appointments can be set up prior to our arrival.

There are certain times in one’s life that things just seem to effortlessly fall into place. This is most certainly one of those times for my family and me. It feels like magic, how everything is coming together, taking on a life of it’s own.

It’s at times like these that I feel like life is flowing, that my family and I are doing exactly what we need to be doing. Again, where this will lead, I have no idea. Part of it is the mystery and the excitement of “what’s next”.

Already, it has led us to places we had never planned on visiting, first Paris and now the Far East.

Already, it has opened a whole new world for us, learning about a history that includes a member of my immediate family.

Already, and one of the best things, is that it has led us to some wonderful new friends who, I believe, are becoming “family”.

In short, they’ve taken us into their hearts. No one can ask for more. 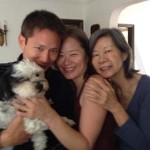 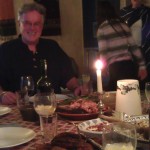 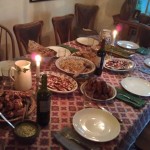 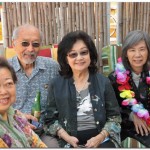 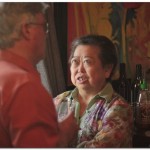 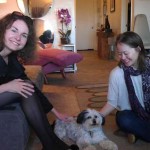