The Gifts From My Father Keep Coming! 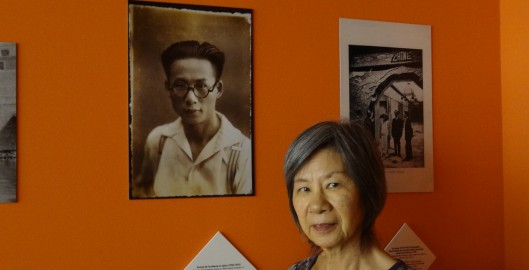 It seems that I’m always finding out new gifts my father gave me.

The latest occurred in French class. I took French in high school and college, but hadn’t touched the subject in nearly 50 years. After my father’s art deco display at the Cite l’architecture et du patrimoine in October of 2013, my interest in French returned. I am enjoying these lessons very much. They are only once a week, just the right pace for me. And, an added perk is that I’ve made new friends who are now part of a study group that meets once a week.

The professor gave us homework in reviewing French numbers. The numbers on the sheet were written out and we had to write them numerically. We were told that certain numbers are written differently in French than it is in English. They are 1, 2, 4, 7, and 9. As the French numbers were shown to us on the board, I suddenly realized that that was the exact way I’d written them all my life. Then, I remembered that it was my father who taught me my numbers. So, it made imminent sense that he would teach me the French way as that was how he learned to write numbers the western way. The shock was that I never kinew it was the French way.

When I mentioned this to Jenn, she exclaimed, “Mom, that’s how you taught me to write my numbers!”

The more gifts I receive from him, the more I question if any of us  really know our parents. How much of the knowing is simply in the role of parent? And, how much do we know about the other aspects of their lives – as a wife, as a husband, as an artist, as an architect, as a person other than just our parents.

I am saddened that I knew so little about my father. And, I am grateful that I am learning so much more about him and the gifts he’s given me.