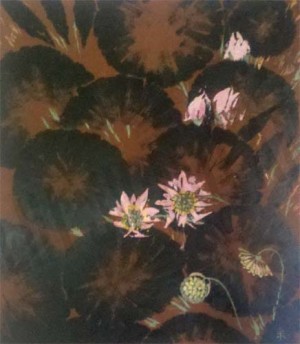 “Lily Pad” is a large oil painting on press board with a hand made thin red frame.

This is one of my favorite paintings! 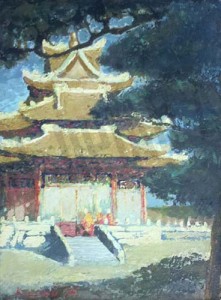 Illustrates a pixelated style of painting different than Liu’s other oils or porcelain paintings.

Liu wrote an article about the history of architectural design and he mentions the Tang Dynasty in his study.  The article is in Chinese but I will upload it on the site in the near future. 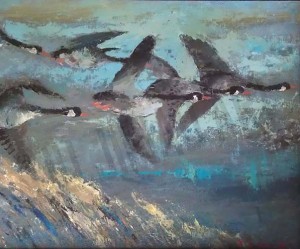