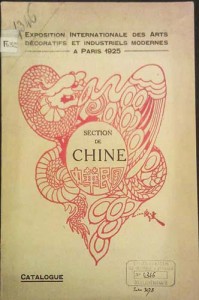 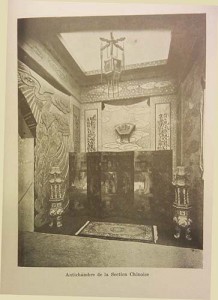 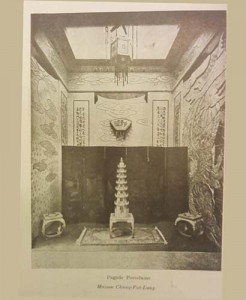 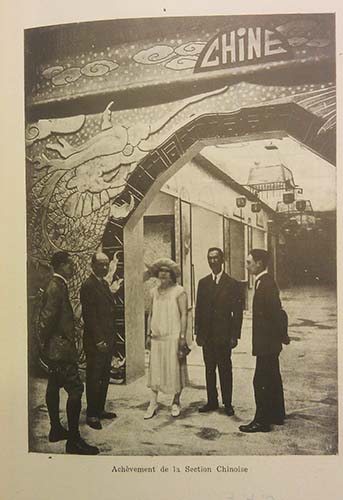 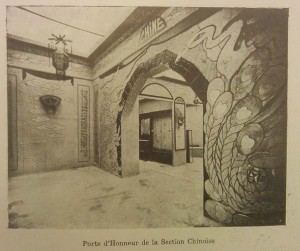 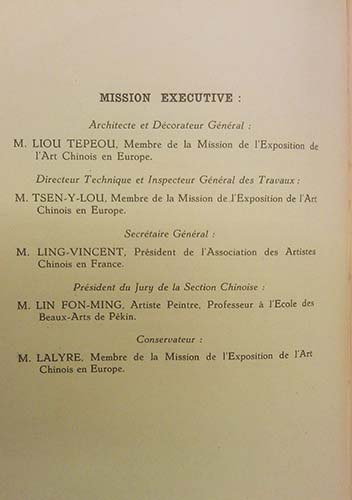 “Coming  from a lustrous family,  M. Liou Tepeou is one of our most remarkable painters. In love and devoted to beauty and nature, mainly plastic art, he knows how to put infinitely gracious  forms on his canvas with a prodigious virtuosity and an ingenious softness.  His masterpiece << Danseuse du Palais Imperial >> is a big painting  executed  with a seducing  elegance and an admirable firmness. His danseuses in silk dress, diaphanous and floating, danced the Chinese minuet with elation to the sound of the melodious jade flute.; proud peacocks stared at them while they were swirling…  It’s a magnificent image of the past. The artist  kept the serenity of his spirit and his joy of living untouched. With these grandiose memories, we feel admiration mixed with a little bit of nostalgia.

M. Liou is one of those rare spirits invulnerable to the real vulgar life, and similar to the immaculate white lilies on the pond. That’s why  his paintings have the whiteness of a lotus and his beautifully decorated vases are truly small masterpieces. What a difference between him and the old artist. His execution method, modeling, colors and  style, makes him a true modern artist. M. Liou is decidedly a big decorator, an admirable colorist with a vigorous talent and softness, an original artist and full of promises. We are expecting from him the next Oriental Raphael. He even excels in the European way of painting; his oil paintings were very successful during the Exposition of the Chinese modern and ancient  art, which took place last June in Strasbourg.”

~ Ling Wenzheng President of the Association of Chinese Artists in Europe 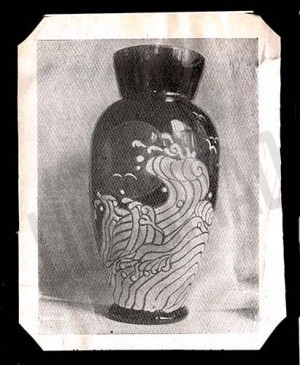 We have a photo in one of our albums.  It was also published in an article by Professor Craig Clunas about the Expo itself entitled, “Chinese Art and Chinese Artists in France (1924-1925)