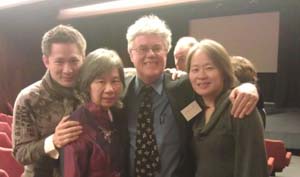 Well I promised updates and some of you have read my mother’s blog so you know some of what has been going on in Paris.  We flew home safely this week and all immediately got sick and are still recovering!  But here’s our Paris Journal Update, a quick run down of our first week in Paris:

Monday, February 18th
We landed in Paris around 11am and took a cab to  a lovely apartment in the 5th arrondissement of Paris.  We had just enough time to meet the owner, get things slightly settled and then straight back out again.  We took the Metro to Musee Cernuschi to meet with the curator of the Chinese section, Dr. Eric Lefebvre.  We were lucky to get the time in with him as he was leaving for Shanghai that week to bring back paintings from the Shanghai Museum for their latest exhibit.  We got to see the museum even though it was closed on Mondays!  It was good speaking with him as the Cernuschi had done an exhibit about Chinese Republican period artists in Paris.  Liu Jipiao is mentioned in the catalog for that exhibit, Artistes Chinois a Paris.

Later that evening we met with Francesca Dal Lago, the researcher that Dr. Lefebvre of the Cernuschi had introduced us to a couple months beforehand.  We had a lovely dinner with her, chatting and getting to know her better.  She has been researching many Chinese artists during my grandfather’s time and she had lots of stories to tell about them.

Tuesday, February 19th
We met up with Francesca later on in the afternoon and visited L’Ecole des Beaux Arts, Liu’s school.  It was cold but we were very excited to be there.  We had fun walking around Rue de Saint Germaine.  We were able to get our first pastry and coffee at a local cafe on the way back to the apartment that evening…yummy!

Wednesday, February 20th
Matthew and I woke up bright and early and took the Metro to Gare Lyon Train Station and got on a 2 hour high speed train to Lyon to visit the Municipal Library of Lyon where we spent 7 hours sifting through publications dating back to the 1920’s.  With the help of Xie Lingqiong, a Chinese researcher living in Paris we were able to find articles written about and by Liu as well as several images of his art deco architectural renderings.  We truly appreciate all the help that the Library and it’s staff have given us!  It was a definitely productive day!

Thursday, February 21st
Day 1 of the Conference.  “Architectural Exchange: Europe and East-Asia, 1550-1950“  We met some great people!  We met scholars who have heard of my grandfather.  Also some who are studying the architecture in the areas where he built.  It was a good thing we went to Lyon before the conference because we had so many photos to show people!

Friday, February 22nd
Day 2 of the Conference.  Dr. Jeff Cody presented on Liu Jipiao.  Words cannot describe how I felt watching his presentation.  You can read my mother’s feelings on the presentation in her blog.  We had so many people come up to us afterwards!  We found a wonderful Chinese student studying at Smith and spending her junior year in France who is willing to translate Liu’s articles and his paintings for us!  Our agenda for the next week quickly filled up!  After the conference we had a lovely dinner with Jeff at  a cute Art Nouvelle Cafe. 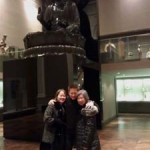 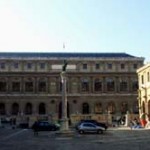 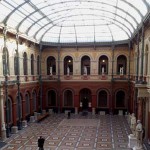 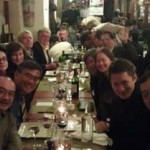 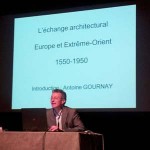 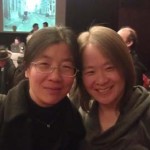 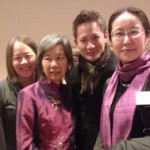 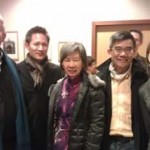 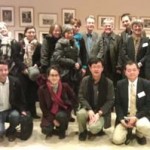 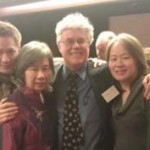 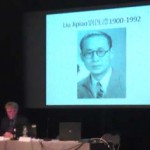